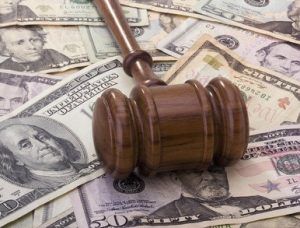 A turf war over Arizona’s medical cannabis vaporizer market has spilled into the courts, with one multistate marijuana company suing another over an alleged smear campaign.

While the case itself may not be a particular milestone, it’s another hallmark of the industry’s emergence into an atmosphere where high-stakes litigation is commonplace. 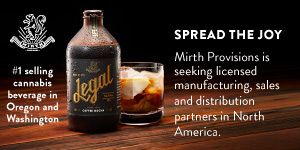 Aphria, based in Leamington, Ontario, on March 22 became the third Canadian MMJ company to publicly trade on the Toronto Stock Exchange. Say your cannabis company is in trouble because you chose the wrong business partner. You want to force that partner out. So you find a lawyer, file suit, have all your ducks in a row, and things are looking good.

Then you hit a snag: Who will run the day-to-day business operations while you and your partner duke it out in court over who gets what in terms of company assets?

The answer for at least four marijuana-related companies has been a court-appointed receiver. And it’s an…

Arizona’s Court of Appeals ruled that the former director of the state’s Department of Health Services did not violate the law when he decreed that doctors may recommend medical marijuana to treat only the symptoms of post-traumatic stress disorder, not the illness itself.

Voters approved the Arizona Medical Marijuana Act in 2010. The health services director at the time, Will Humble, added PTSD to the state’s list of qualifying conditions in 2014. Initially a skeptic of medical…

The first salvo in the recreational marijuana legalization fight for the next election cycle looks set to be fired Thursday, in Phoenix.

Safer Arizona 2018, a grassroots activism group, plans to file paperwork with the secretary of state’s office to place an adult-use cannabis legalization initiative on the 2018 statewide ballot, the organization announced Wednesday. The group must collect at least 150,642 signatures of registered Arizona voters between Thursday and July 2018 for the initiative to make the ballot.

Flourish Cannabis, based in Mesa, Arizona, has issued a voluntarily recall for some of its edible products, saying the problem was related to how they were packaged.

Health officials in Coconino County, however, said the recall occurred because the products weren’t tested for pathogens.

The recall was issued for the company’s marinara pasta sauce, hot sauce, honey dijon mustard and Sriracha ketchup, according to the Arizona Republic.

According to Flourish’s owner, Peyton Curry, the recall was issued because the packaging didn’t meet…

In what is a possible international first, a Canadian company has announced it will operate a pair of dispensaries in Arizona through a recently acquired management firm.

The deal, which cost the Canadian Bioceutical Corporation $27 million dollars (CA$35.5 million), also gives the the company ownership of a natural health products company, CGX Life Sciences, as a subsidiary, as well as the rights to license intellectual property from Melting Point Extracts, another Arizona-based medical marijuana company.

The Canadian corporation, which…

Medical marijuana patients in Arizona bought a record 29 tons of cannabis products in 2016, a 53% increase over the 19 tons that were purchased in 2015, according to a report from the state Department of Health Services.

The sales surge could be attributed to an increase in medical marijuana patients. The program had 114,439 patients registered at the end of 2016 compared with 88,500 at the end of 2015. That’s a patient increase of 29%, according to Phoenix New Times. Of the total product sold last year, about 27 tons were flower, and… After a landmark year in cannabis legalization, marijuana advocates have plenty of work left. And they’re not resting on their laurels.

The Marijuana Policy Project calculates a whopping 38 legalization bills for medical or recreational marijuana are likely to be introduced in 33 states and the District of Columbia in 2017.

“There’s more support for marijuana policy reform than ever before among the public, and that appears to be reflected in state lawmakers’ views as well,” said Mason Tvert, the advocacy group’s…

The Arizona Court of Appeals ruled this week that local officials cannot use federal laws prohibiting cannabis to justify their refusal to provide necessary zoning for medical marijuana dispensaries.

In their unanimous decision, the judges said Maricopa County Attorney Bill Montgomery had no legal basis to claim that federal law supersedes the medical marijuana law that Arizona voters passed by referendum in 2010, according to Capitol Media Services. Here are the latest results from those three states:

According to a trio of new polls released in cannabis battleground states, recreational marijuana legalization is ahead going into the final days of the 2016 campaign – but not by much.

In Arizona, support for a recreational cannabis legalization measure is at 50%, while about 43% of voters oppose the initiative and 8% haven’t made up their minds, according to an Arizona Republic/Morrison/Cronkite News poll.

In Massachusetts, rec is winning with 49% of voters supporting a legalization initiative; 42% oppose it and 9% are undecided, When Arizona completed a long-awaited second round of medical cannabis business licensing last week, the state’s MMJ industry was left with a host of unanswered questions.

Did the bulk of licenses go to entrepreneurs already running MMJ businesses in the state or newcomers to the industry? When will the latest crop of dispensaries actually open and compete with existing storefronts? Will lawsuits push back the timeline?

Most of the questions stem from the secretive nature of Arizona’s licensing process, given that the…

The Arizona Department of Health Services on Thursday announced the winners of 31 new medical cannabis licenses.

After holding a live-streamed lottery Thursday afternoon for nine of the 31 licenses, the agency posted a full list of the license winners’ application ID numbers online but did not identify any of the winners.

Officials did not immediately respond to a request Thursday for the names of the winners.

There are already 94 operating dispensaries in Arizona, along with another five that have received licenses but are not yet…

Ballot measures to legalize recreational marijuana in Arizona and medical marijuana in Florida, which voters will consider Nov. 8, are spurring opponents and proponents to spend hundreds of thousands of dollars.

Arizonans for Responsible Drug Policy, which opposes recreational legalization, has collected slightly more than $2 million but has spent less than one third of that and still has $1.4 million in its

Proponents and opponents of cannabis legalization are gearing up for the final stretch of the 2016 political campaign, and for both camps that means some big last-minute donations.

In Florida, casino mogul Sheldon Adelson – who funded most of the anti-medical marijuana ads two years ago – has jumped back into the fray with a $1 million donation to Drug Free Florida, the Sunshine State News reported. Adelson, who is reportedly worth more than $30 billion, gave $5.5 million to fight MMJ legalization in 2014 in Florida. But Adelson so far…

A tiny Arizona town may have violated a state law by charging $800,000 to allow a marijuana grower, Copperstate Farming, to open in the community, according to the state’s attorney general.

The city council for Snowflake, Arizona, apparently negotiated the $800,000 figure with Copperstate without any legal basis, according to Attorney General Mark Brnovich. Brnovich said the evidence shows the town had no set fee structure and didn’t base…

Legalization of adult-use cannabis in Arizona this fall could lead to fewer medical dispensary storefronts across the state, according to a report by the Phoenix New Times.

The main reason is simple. Medical cannabis cards in Arizona cost patients around $300 each year. And if a sizeable number of the roughly 100,000 MMJ patients decide it’s cheaper to occasionally purchase from a recreational shop, that could lead to a precipitous drop in business for dispensaries. Many could close their doors.

If Arizona voters approve the recreational…

A Maricopa County Superior Court judge has thrown out a lawsuit aimed at keeping a recreational marijuana legalization initiative off the Arizona ballot this November.

The plaintiffs behind the suit promised to appeal their case to the Arizona Supreme Court, the Eastern Arizona Courier reported, signaling the legal battle over recreational legalization isn’t over. Seth Leibsohn, chairman for Arizonans for Responsible Drug Policy, which is behind the suit, said the legalization initiative “perpetrates a fraud on the electorate.” Arizona recently opened the door to a new wave of licensing for medical marijuana dispensaries, and got flooded with 750 applications for just 31 permits.

It is perhaps the largest ratio of applications to licenses in any market, and signals that cannabis entrepreneurs are bullish on Arizona.

The deluge comes ahead of the November elections in which Arizona residents will vote on Proposition 205 to legalize recreational marijuana.

If voters approve the initiative, licensed dispensaries would get first crack at rec licenses….

Arizona’s ballot measure to legalize recreational marijuana has triggered a deluge of applications for a limited number of state medical marijuana licenses that will be awarded in October.

Some 750 applications were submitted for the 31 available licenses, according to the Arizona Department of Health Services, which oversees the medical-marijuana program, AZCentral.com reported. The legalization measure qualified for the Nov. 8 ballot earlier this month.

Applicants have opted not to wait for the Nov. 8 vote but instead have rushed to get… Professional ethics boards in a few states – most recently New Mexico and Ohio – have warned local attorneys that helping medical marijuana businesses can be a violation of professional rules of conduct.

The non-binding opinions could make it tougher for MMJ businesses in those states to get legal representation.

The recent opinions caution lawyers that assisting a cannabis business can be tantamount to helping a client break federal law, given marijuana’s status as a Schedule 1 controlled substance.