Erika McConnell, who will start in late March, has worked for the city since 2003 in various roles, most recently in the Office of Economic and Community Development, the Alaska Journal of Commerce reported. 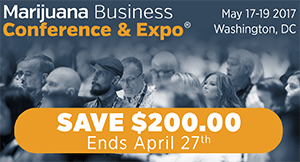 While in that role, she had some oversight of Anchorage’s alcohol licensing and created the city’s marijuana land-use code.

However, her cannabis record in Anchorage appears…

People In Houston Are No Longer Going To Jail For Marijuana Possession Trump Tells Governors He's All About States' Rights. That Must Mean...
Scroll to top